Health and Nutrition found in Raisins 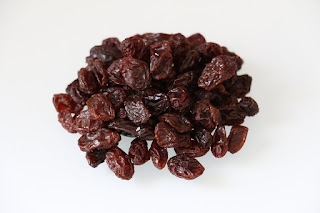 When I would pick out my raisins at the supermarket, there was a time when I didn't think much about the health benefits. Instead I thought about how good they would taste in the recipe I was using, or as a mid-morning or afternoon snack.

Raisins rank among the top antioxidant foods, according to USDA government tests. Early findings suggest that eating plenty of fruits high in antioxidants, such as raisins may help slow the processes associated with aging in both body and brain.

I prefer purchasing organic raisins (and grapes) as the pesticide content would be high on a fruit that is consumed with the skin and has so many surfaces.