Diseases of the Heart and Circulatory System 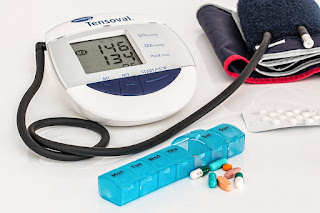 In early February of 2005 my husband had a heart catheterization due to some symptoms he had been having.  Interesting timing, as February is a month set aside in the medical community as Heart Month, perhaps because it is also the same month as we remember Valentines Day.  The doctor felt that this was the most accurate way of determining whether or not there were any blocked arteries, or other arterial diseases.


My "Valentine" did fine with the catheterization, he had 40 - 50% blockages in two of his 5 arteries, the others were fine. He was a diabetic and had borderline high blood pressure and cholesterol, all of this a difficult challenge for the Heart and Circulatory System.