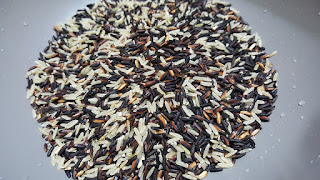 I can't imagine a week going by without at least 2 dinners including rice as a side dish or part of a recipe, it is such a versatile grain.  Rice, especially brown rice, contains a number of healthy nutrients.  Though many have been using rice cookers for a long time, I recently purchased my first!  Read on to learn more about this delicious grain.