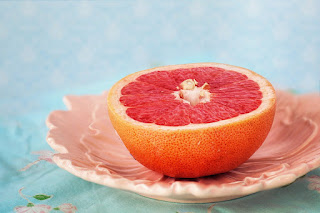 Though some must avoid Grapefruit when taking certain medications (more info at the end of this article), when it comes to health benefits, grapefruit packs a powerful punch.

Researchers in Israel recently found that red and white grapefruit both contain powerful antioxidants that may help reduce the risk of heart disease. Published in an issue of the Journal of Agricultural and Food Chemistry, scientists found that serving heart by-pass patients the equivalent of one grapefruit a day significantly reduced cholesterol levels.