Health Benefits of the Quinoa Seed 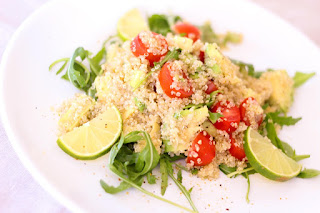 Quinoa (pronounced keen-wah) - is a delicious addition to the diet.  It is not technically a cereal grain like wheat or oats, but has been cultivated and eaten as a cereal for thousands of years by South Americans. Quinoa is the tiny seed of the Chenopodium Quinoa, a leafy plant that is a distant relative of spinach and beets.


Quinoa was called the "mother grain" by the Incas (chisiya mama). Now, as people in the rest of the world learn more about Quinoa, they're discovering that its ancient nickname was well deserved - Quinoa is indeed a nutritional powerhouse.